Alex Torpey, mayor of South Orange, N.J., thinks local government could be a hotbed of tech-driven innovation. It’s just a matter of attracting the right talent.

Nearly nine out of ten people aren’t satisfied with our government’s ability to address the problems and challenges that it faces. People are losing trust at record levels in various levels of government. People are understandably frustrated — those who they’ve elected seem unable to actually get any work done. Yet, re-election rates are incredibly high, for Congress around 90 percent, and actually higher in many state legislatures.

Is there a solution?

Beyond any one policy issue, at the core of this problem is that the kind of creative, independent and apolitical people we specifically need in government working to solve growing complex challenges, simply, aren’t. 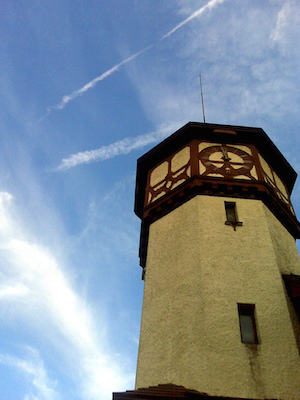 The core values at the heart of American innovation — independence, creativity and, simply put, rocking the boat, are hugely disincentivized in American politics. Instead, allegiance (and indebtedness) is typically forced to a party or special interest that, when backed into a corner, will be more interested in protecting its own organization’s interest than pushing the envelope for everyone, especially if it means a political loss for them.

There is a lot in place — legally, politically, financially, culturally — that is holding us back from bringing real American innovation back into American government in a sustainable way.

But I’d like to suggest one place to start: let’s get more innovative entrepreneurs elected to office.

Here are my top three reasons why:

1. Entrepreneurs know how to fail, and that’s a good thing

People in elected office are hugely disincentivized from ever coming close to potentially failing. For fear of how an “opponent” might capitalize on that for their own gain, for fear of how the media will portray it, to insecurity about being re-elected, the reasons are pervasive and hugely impactful.

But people who own successful businesses — people who we widely hail as monumental achievers — usually share one other thing in common: they’ve failed before. They fail, in the attempt at scoring a big win, and they learn from those failures in a way that allows them to succeed in the future.

The ecosystem surrounding business, especially for tech companies, encourages risk-taking in search of new ideas, and rewards those are determined to find one that works. This is a major contrast to government decision making, which is tremendously risk-averse.

And let’s define risk. This doesn’t mean people should be risking the lives, security or tax-dollars of their constituents. Certainly not. But rather, it means that they should be able and willing to risk their own ideas and time, political future and short-term popularity in the search for new and better solutions.

2. Entrepreneurs are purpose- and vision-driven

People who start their own company have a vision for the future, or a problem that they can visualize solving. They aren’t interested in making incremental progress, they’re interested in finding a moonshot, turning an industry upside down, and putting everything they have in to do it. They care tremendously about whatever problem they’re trying to solve, and generally will stop at nothing to see it through.

Government isn’t typically long-term vision based (although political rhetoric and campaigns tend to be). One of the biggest and simplest reasons is because most people end up either being forced into a reactive style of governance, putting out fires on a day-to-day basis once in office or focusing too much on what needs to be done by the next election cycle — at the expense of picking a huge problem to solve and working back from that, no matter how long it might take or who might ultimately get credit.

They often fail to institutionalize the mechanisms that incentivize and create progress in the government, regardless if they’re there or not.

Even though younger generations are less partisan, more likely to identify as independent and more willing to work with people with whom they disagree, our body politic is becoming more divided, filled with anger and the inability to compromise.

Entrepreneurs, in the course of trying to solve a problem, are often able to find and create collaborative relationships where others might see competition. Person to person relationships based on specific shared interests are becoming easier to create because of how substantially technology can break down geographic, demographic or other silos. We see the real value that can provide in private sector innovation, but we’ve yet to fully realize that value in the public sector.

This connectedness means that knowledge, experience and ideas can be broken out of the partisan silos they currently live and shared with a much wider audience. Political and governance information being more widely available means we can potentially provide an infusion of intellectual capital into our politics that lifts the level of discourse and decision making, creating environments where finding solutions to specific problems are the primary goal, and where a genuine marketplace of ideas becomes a larger part of the electoral landscape.

Want to learn more? Watch my keynote from the 2012 Personal Democracy Forum, where I lay out why I believe local government service is one of the most exciting places for technology and collaboration-based innovation.